What's on your mind?

So I figured it'd be neat to make a list of all the Free Navy ships that we've seen, and considering it's possible I missed a few, I figured I'd sling it by the community.

I've done my best to connect these ships to various battles and background mentions, as well as scale them appropriately. If I've missed any, please let me know. Cheers!

I am half way through the last book (Leviathan Falls). I am quite confused with how Dr. Okoye acquires insights from her test subjects. Scroll down for the specific question:

Im in the part where the Roci team covertly visited Dr. Okoye in Adro System. How do the test subjects (Cara, Amos, Xan), BFE, and catalyst work together and generate comprehensible language for Dr. Okoye’s team? I am confused with all how it was described, including the presence of the the builders (grandmothers?) and Duarte’s apparition as they conduct the “dive”.

Can we say that Amos and Cara are being used as “mediums” during this experiment?

Off topic: i genuinely enjoyed it when Tanaka’s team was wiped out during the supposed exchange in New Egypt. I thought someone else had struck Tanaka with a sledgehammer (thinking it was Teresa’s Aunt), but surprisingly it was Holden! I like how the authors made me hate the character Tanaka.

So in Why We Fight Chrisjen takes some medication on the Zenobia in front of Holden. She just says it's some stimulant, which I think is POSSIBLY bullcrap. Now what I'm going to say is gonna sound stupid (& for good reason), but do you think Chrisjen is dying? She's super manipulative, probably the most manipulative person in existence, which makes it no secret that she hides many things from the other characters, & even us. With the grand-slam finale coming up, do you think Chrisjen Avasarala is going to die? Gladly let me know what you think in the comments!

Also, (another theory) since Holden has been talkin' about the Ring gates making ships disappear lately, I think that the Pella (with Marco onboard) is going to go Dutchman in the Ring gates (this happened in the books too so I fully believe this is going to happen in the finale, but let me know in the comments what you think is gonna happen to Marco).

(P.S. this is literally the 3rd time I wrote this post after accidentally closing this tab, canceling this post (accidentally), & pressing the Start a Wiki link also accidentally).

(They're circled in red, also please forgive me for my shitty circles)

I've been wondering about these ships for a while now, & they don't seem to be any UNN ship we've seen before, & seem to be only a little bit smaller than the Truman-class dreadnought (the ships that are not circled are Truman-class dreadnoughts btw). They also seem to have at least 2 Epstein drives but there could be more (or less, cuz some of them seem to only be using 1, but that could just be the angle). Also in the shot it seems to say "ISS FLYOVER NO. 57" in the bottom left corner. 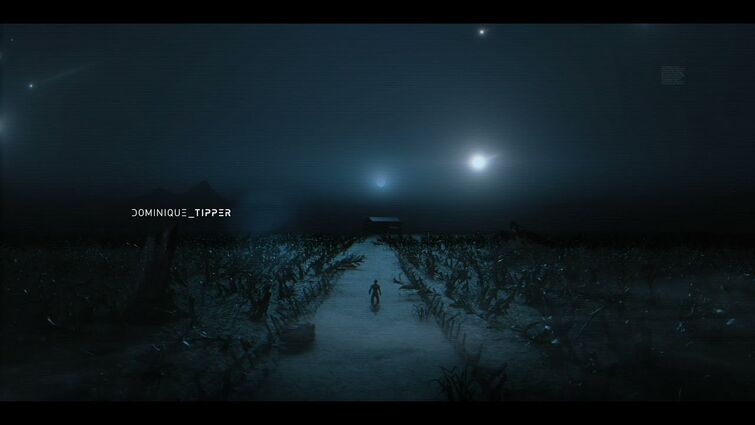 As you know, this is the current logo of this wiki.

Apart from it being a little low-res, I thought it was a little strange how the logo of the wiki is using a generic image of some galaxy as a backdrop when the show already provided us with a visually similar, but (in my opinion) much prettier graphic of the solar system in its shortened season 1 opening title sequence: 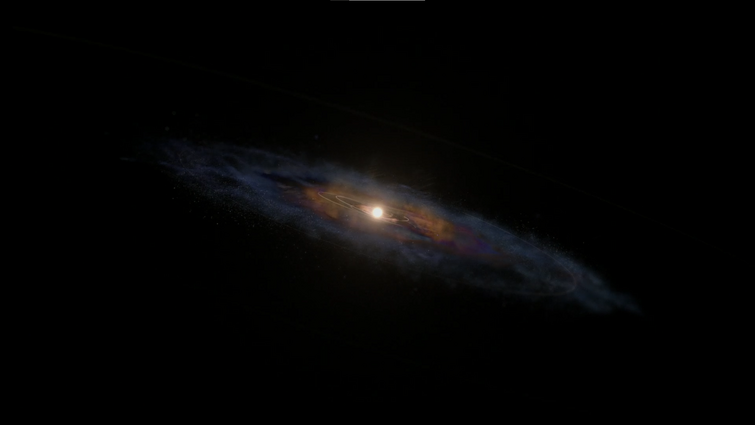 So I just went ahead and quickly "remastered" the logo with this new background, and made sure that the font of the "WIKI" more closely matches the title font.

Here is what this new logo could look like on the actual site:

And lastly, here's the logo with transparency. The edges could probably be cleaner, but considering it looks best on a dark background anyway it shouldn't make a difference.

And that's all! Personally, I definitely think it's an improvement over the current version :)

What do you guys think?

Just a little something I spotted in my watch of Season 6, Episode 4. Granicus' hull profile can be seen on Pella's display, and it looks remarkably similar to that of Marco's pursuit vessel in Season 4. Below is a comparison I sketched up on the matter: 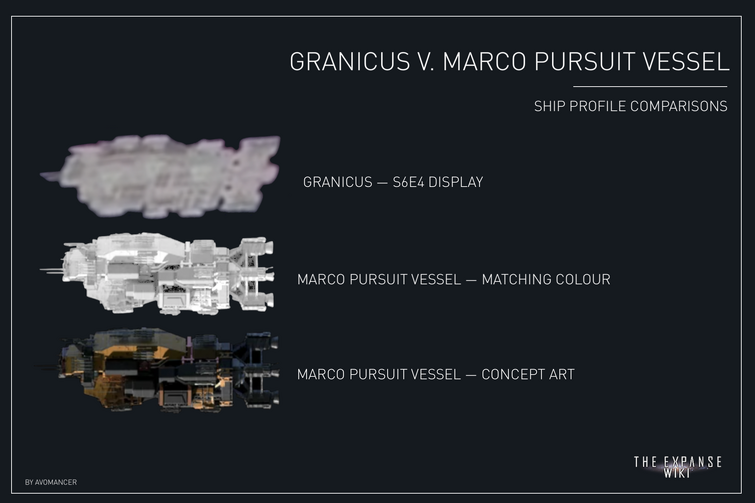 These may very well be the same ship, as a Belter ship having the exact configuration of another is highly unlikely. However, it can't exactly be confirmed, leaving it up in the air. Just a thing I noticed.

(The ship over the name)

Got this from the Season 6 opening credits/scene (Link below)

It seems to look really similar to the unused Shandian asset from this Season 5 ship scale image: 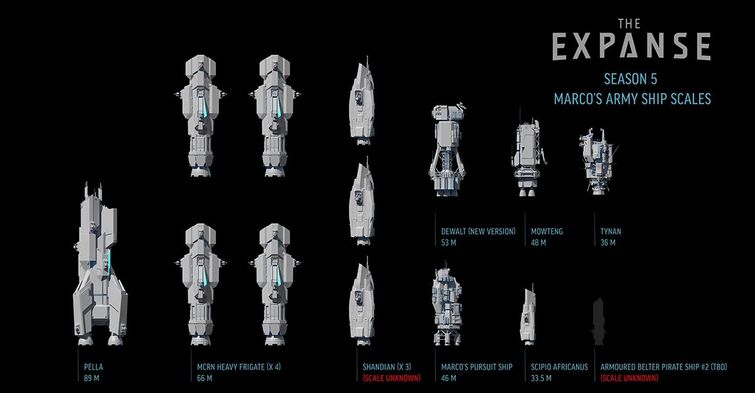 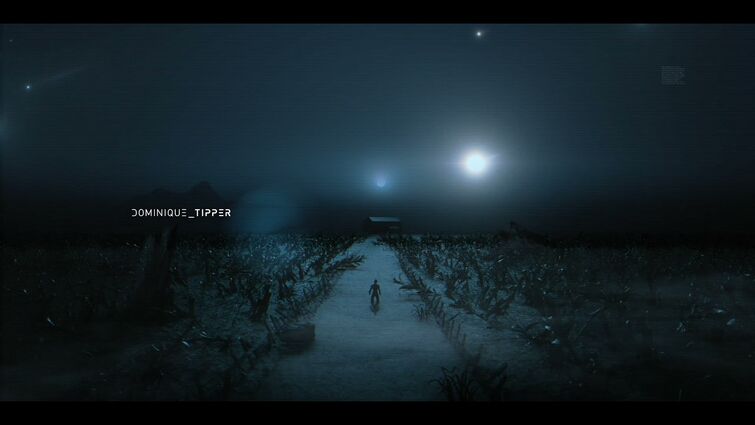 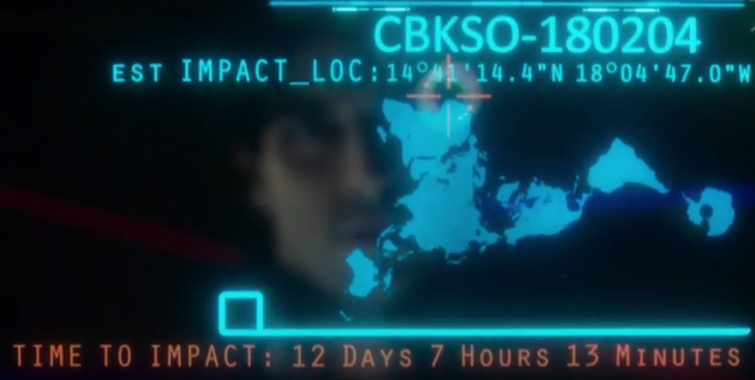 Does anyone see something weird in this image? Or maybe a couple of weird things? (no, not weird, but interesting)

For one, there seems to be a lake in Eastern Siberia, which made me wonder as Eastern Siberia, specifically east of the Sakha Republic of Russia, & west of Chukotka federal subject (where the new lake is) is very mountainous.

Weird part 2: Antarctica seems to have a... a big circular lake? might just be the indication of the South Pole, but then why doesn't the North Pole have one as well?

& as for number three South America seems to have been flooded quite a bit. The very tip of east Brazil looks to be aggressively sharp, the North of Chile looks like it got erased, & Uruguay appears to have vanished under the Atlantic.

There are numerous other flooded areas, like how northeast Spain & southwest France got axed into the Meddiertanian, but I'm gonna leave the rest for you guys to find out. Good hunting! (comment below on what you find)

Video link:https://www.youtube.com/watch?v=4OFa8qV0sOc (MAPS APPEAR ON 1:30-to end of video) 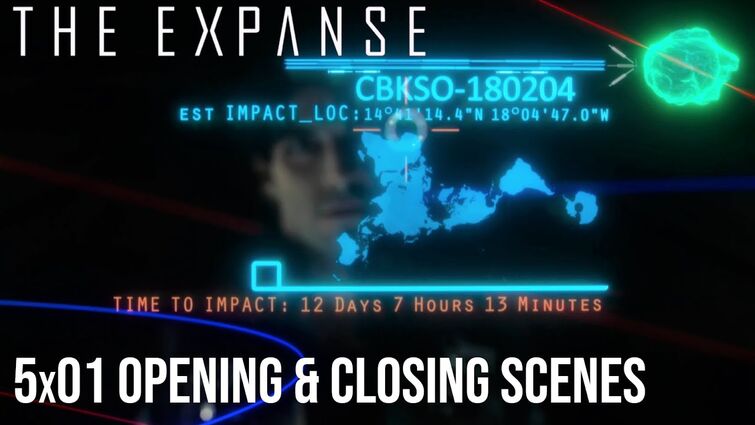 ...The Zenobia's registry is "LCC-20". The Thomas Prince's reads "T-DRN-47". T=Truman-class, DRN=Dreadnought, & 47 may possibly mean that it's the 47th Truman-class (no confirmation, however). Don't have a clue what "LC" means (might be the class's name), but the last "C" on the registry could mean cruiser. I kind of doubt this, as the ship seems to large, but gladly let me know what you think.

It was good to be back in the world of the expanse. It was a very good episode, with a few things that were annoying. Alex is gone and I can’t get my head around that. I understand they needed to get rid of Anvar but why didn’t they just replace him with another actor?

I had mixed feelings about the 5th season, especially the actor playing Marco. He was insufferable. He’s back with his stupid Michael Jackson meets the Thompson Twins haircut which he has made even worse by wearing a man bun.

Interesting that the episode started out by teasing the Laconia/Theresa Duarte storyline; this gives me hope for a possible future for the series beyond season 6.

Overall a very good episode. But the sooner they space Marco the better.

I just finished the last book--wonderful. Also, this image of "protomolecule" is actually glow worms in western Australia (courtesy of Microsoft Bing). 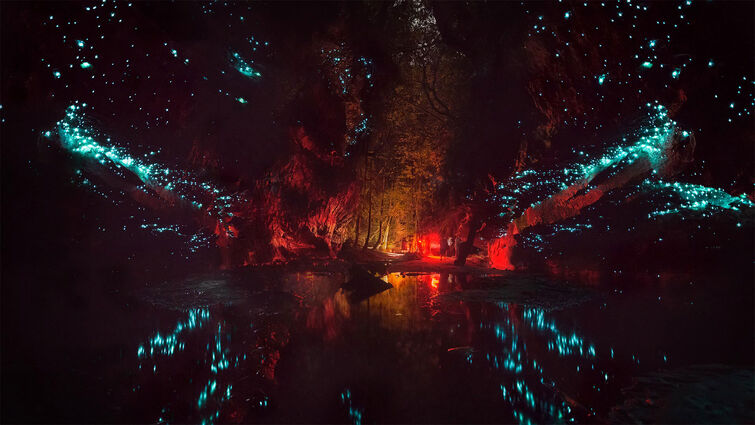 In response to a question as to whether each gate consists of a single ring or one in our universe and one in the ring space, I posted:

This earned me getting the thread locked, I presume by the same person who asked:

” What heck is a vacuum fluctuation?”

Hope this brings some clarity.

I’m confused as to why Duarte’s bomb ships, like the one sent through the Tecoma gate, didn’t simply vanish into non-existence when they are pulled into the universe of the Unknown Aggressors (or “Dark Gods”).

Objects that cross the boundary of the ring space into the other universe simply cease to exist, which makes sense as the quantum fields that support the existence of quarks and electrons wouldn’t extend into the other universe. It seems the same phenomenon would erase from existence ships that “go Dutchman,” including bomb ships, and that they would never get the chance to detonate.

Yet the bomb ship sent through Tecoma gate seems to have hurt (or just pissed off) the Dark Gods sufficiently to provoke an extraordinary response. How?

Ok, why does Ashford call Drummer "Pampa"? It seems to be a term for men, like "Grandpa", "Uncle", or a similar word for familial respect. Doesn't seem that way when Ashford says it though. Of course, it would be like him to say it mockingly. What do y'all think?

Just finished the book. I am sad that the epic saga is about to end. The expanse made me sane during the pandemic :(

I like Elvi Okoye’s resolve in the last chapter - being called Dr. instead of Major. The frog dissection class she had with Teresa and her peer (comparative anatomy) is also noteworthy. Fayez deserves the best supporting husband award (since Ilus days).

I've asked the same question on the related thread but I didn't get any answer.

Here is my question:

Though I have read the books and watched the series I still can't understand why Belters who are physically unable to withstand the gravity of Earth ( that is one G because they are adapted to live in to no gravity or the one third of the Earths gravity, depending on where they have grown up), they can physically withstand the multiple Gs of Epstein acceleration without physical injuries particularly on their fragile bones and weaker hearts and then recover faster than Earthers and Martians.

What sort of selective adaptability is this?

Physical and heart strength and bone density don't change in a matter of minutes by using the so called juice. If their bones are fragile, then they can't support either way the higher weight load that receive during the Epstein accelerations and their hearts are not able to pump properly their blood even with the support of medicines. ( or whatever this juice is supposed to be).

Any ideas about this paradox. 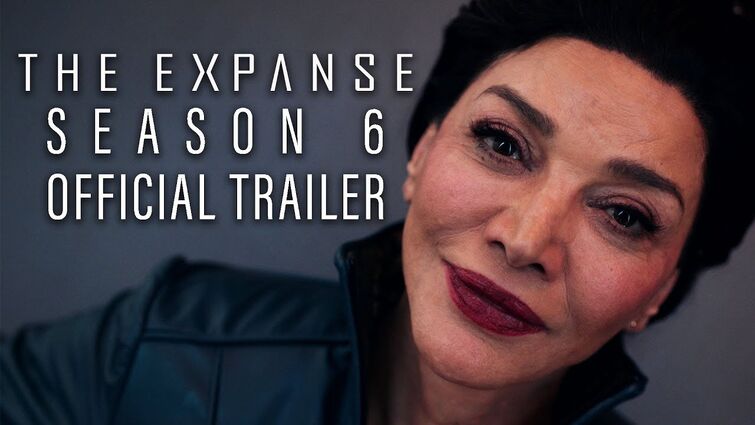 My question is about Persepolis Rising . . . where is Drummer's location when the Laconian ships pass through the gate and knock at Medina Station's door?

Okay, so everyone can agree that the corvette class frigate is meant to act partially as an escort ship for larger vessels. This is part of the reason that the tachi was deployed with the Donager.

We can also all agree that the corvette class frigate is an extremely powerful and effective ship, and I am sure that captain Yao of the MCRN Donager was aware of this too...

So why in the hell (other than plot convenience) would the tachi just be sitting in the docking bay like it was?

Imo if it had deployed and done it's job, the martians arguably could have won the fight (or at least stood a much better chance).

So yeah, if anyone has a good reason, lore, book or show for this, please do share.

This has always bugged me lol

Help us grow The Expanse Wiki