Start a Wiki
watch 01:50
The Loop (TV)
Do you like this video?
This article is a stub. You can help The Expanse Wiki by expanding it.

Reverend Doctor Annushka "Anna" Volovodov is a citizen of Earth and an old acquaintance of United Nations Secretary-General Esteban Sorrento-Gillis.

At some point, Volovodov became a minister and head pastor of a congregation within the UN jurisdiction in St. Petersburg.

Anna arrives before the UN amidst war protesters. She observes the military police assault a group that come through the barricade. She is struck by one as she tries to pull him off the injured protester named Colin but her escorts quickly restrain the MP. She instructs another MP, Michael, to escort Colin to the nearby first aid station to get treatment for a fractured wrist/forearm. In exchange for her help writing persuasive speeches to sway the population for the Secretary-General, Anna secured financial backing for her church's free clinic to assist "undocumenteds".[1]. At the dinner table with SG and Sadavir Errinwright, she reminds everyone that collectively punishing JPM's family is a war crime

Anna works on the speech for SG and voices her opinion that a good leader seeks to minimize casualties. This leads SG to initially refrain from destroying the Martian stealth platforms but Errinwright manipulates him to reconsider. When a malfunction leads to the delay that allows the Martians to deploy a missile which kills 2M Amazonian lives, Errinwright is quick to shed blame on Anna.

Errinwright has Anna sit up front and observe the Secretary-General's delivery of the speech, but it quickly becomes apparent that Errinwright has changed that speech making the SG his puppet of war. Anna is furious, chastises Sorrento-Gillis, and then prepares to return to her wife but receives the incriminating video of Errinwright.

Anna presents video evidence to Sorrento-Gillis and demands he do the right thing. Errinwright doesn't deny evidence and tells Anna that he did it all for Earth, unlike the SG who did it for his narcissistic sense of legacy. Anna's joy is shattered when Esteban's next remarks prove Errinwright's assessment of the Sec.Gen. completely spot-on accurate.

Anna aboard the Thomas Prince speaks to Kolvoord regarding the nature of the Ring.

Anna discusses the incident involving the Y Que telling Lt. Howard that it was not a probe and telling Dr. Kolvoord they ought to head home if they're going to meet god in an angry state.

When Avasarala sends everyone home, Anna asks Tilly to help her stay. She also tries to help Cortez stay but he declines. They witness Lt Jordaan Nemeroff arrest a ensign marine attempting to desert rather than proceed through the gate. She tries to talk to Melba but the latter is not confiding in her.

A terrified Lt Nemeroff attempts to seek counsel from Anna but she dismisses him. she later is asked to speak at his memorial after he commits suicide. She advises Tilly to help Clarissa.

Anna is jolted from her nap to find the carnage aboard the Thomas Prince. She trails a group of injured passengers to the mess hall where she talks to a medic. When she volunteers to use her nursing skills to help treat the wounded, she is informed that she'd be better off using her spiritual counseling skills to ease pain since the lack of gravity precludes typical healing. She can only help lead those with broken limbs to the nearest medical bay. She does so for Melba. She goes to help Tilly who explains Melba is Clarissa and she's trying to kill Holden and anybody who gets in her way. Anna pursues Clarissa to the Rocinante then tases and incapacitates her rescuing Naomi in the process.

Anna successfully dissuades Amos from executing Clarissa and they bring the scheming daughter of Jules-Pierre Mao to the Behemoth. Anna uses her nursing experience and works in the emergency medical services in the Belter battleship which hosts them. Amos explores an affinity and shared personality trait with her. All the while, she struggles to empathize for Clarissa knowing that among all the deaths she caused it was Tilly's that affected Anna's prejudice the most.

Amos enlists Anna's help to enact Holden's plan and she convinces Monica to help. Broadcasting to all the ships in orbit of the Ring Station, she urges the crews to turn off their reactors to convince the station they're not a threat. This has the effect of reactivating the Ring network. Anna soon joins the crew of the Rocinante, tending to a wounded Clarissa, as the Roci travels through one of the Rings. 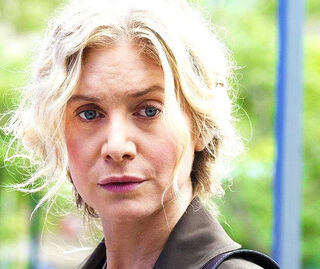 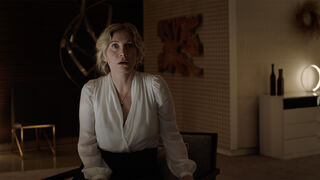 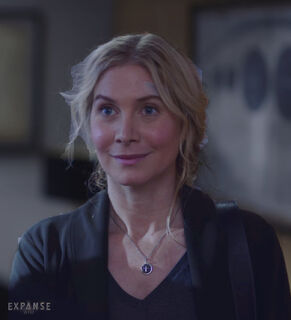 Retrieved from "https://expanse.fandom.com/wiki/Anna_Volovodov_(TV)?oldid=58176"
Community content is available under CC-BY-SA unless otherwise noted.