Back to the Butcher is the fifth episode in the first season of The Expanse. It premiered on January 5, 2016 on Syfy.

Holden and crew make a deal with an unlikely ally on Tycho Station. Along with his conspiracy theories about Julie Mao, Miller’s obsession with the missing girl intensifies.

In a series of flashbacks to 11 years earlier, we learn about the tragedy of Anderson Station, in which a group of working-class miners had ceased their work in protest of the low-oxygen working conditions that had caused their children to develop hypoxic brain injury.

After a series of threats from the U.N. Marines, the miners attempted to surrender, though they ended up being executed — every last man, woman and child — by Colonel Fred Johnson, who earned the nickname 'The Butcher of Anderson Station' for his actions.

In the present day, Fred Johnson is the head of operations at Tycho Station, where he's offered a safe port for the survivors on board the runaway Mars vessel, the Tachi. Naomi doesn't trust Johnson, though after admitting they have nowhere else to go, she agrees to set a course for Tycho … a process that involves changing the Tachi's transponder code and giving the ship a new name. Holden christens their vessel the Rocinante and he, Naomi, Amos and Alex head to their new destination, hoping that their current track record doesn't result in Tycho Station being blown to smithereens, too.

On Ceres, Detective Miller has a heated exchange with his wounded partner, Havelock, before continuing his search for Julie Mao as the rest of Star Helix Security hunts down Havelock's attacker, a Loca Greiga thug named Filat Kothari. Miller studies the documents found inside the dead data broker, which contain a flight path for a ship called the Anubis. Fueled by coffee instead of his usual booze, Miller theorizes a link between the Anubis and Julie's ship, the Scopuli ... and, perhaps, with the destruction of both the Canterbury and the Donnager.

As Miller tracks down the rude dock worker who got roughed up by Julie, he's visited by Anderson Dawes, who admits that Julie was indeed OPA. In return for being kept in the loop on Miller's investigation, Dawes offers him access to Filat Kothari, who's being held at an OPA safehouse.

For now, Miller opts not to engage in vigilante justice and tracks down the dock worker, Neville Bosch. Once upon a time, Julie chartered Neville's ship as she commenced with her Belt-hopping, sticking it to her rich daddy and becoming more involved with the OPA … perhaps dangerously so. When Miller inquires about how one would go about scoring a data broker, Bosch tells him to go to Tech Noir and say he's "looking for a Sherpa."

Miller does so and is taken to a back room, where the so-called 'Sherpa' is nowhere to be found. Miller already knows the data broker is in the morgue. However, the sight of a half-repaired mechanical hamster sparks a memory, and upon returning to Julie Mao's apartment he finds a data cube that he hides in his hat.

The episode ends outside of Julie's apartment, where a bag is put over Miller's head by two unknown attackers …[1] 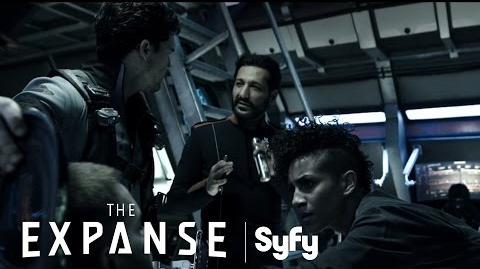 THE EXPANSE Inside The Expanse Episode 5 Syfy 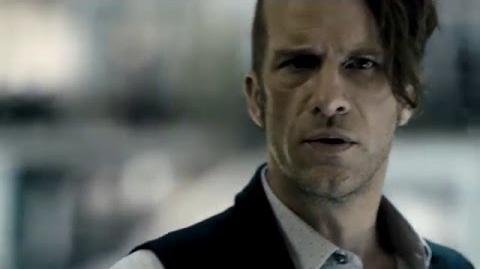 Inside The Expanse - Episode 5 THE ZONE SKY TV