For the language from the book series, see Belter Creole (Books).

Belter Creole, often referred to simply as "Belter", is the cultural language spoken by many Belters.[1]
The Belter name for the language itself is Lang Belta.[2]

As its English name suggests, Belter Creole is a creole language. During humanity's expansion into the solar system, people from many different parts of Earth or Mars often lived and worked together, and they developed a pidgin language to communicate with one another. Over time this developed into a full-fledged creole language, lang Belta, which became the lingua franca, a common tongue, of the Belt and the outer planets.

As a creole language, Lang Belta is primarily derived from English, with influences and contributions from languages of many different families, such as Germanic, Chinese, Romance, Indic, Slavic, and Niger-Congo.[3] Many of its words were derived from words or phrases in one or more of these languages.

Like English and many other languages, Belter's basic word order is SVO (subject-verb-object):

Adjectives follow the word they modify, as do nouns when showing possession:

The Belter language is typically written in the Latin alphabet. Most letters have similar phonetic values as in English, but there are some differences.

Within the setting of The Expanse there is no single standard Belter orthography,[4] and variant spellings or even custom letters[5] are sometimes used by Belters. The system described here is the one used by Nick Farmer when discussing the language in the real world, and the one used on this wiki.

Consonant clusters appear to be uncommon, and only occur at syllable boundaries; there are no initial or final clusters. Some have only been seen at morpheme boundaries, and it is possible that these only occur in compounds. So far, only the following have been attested:

When forming compounds, epenthetic vowels are sometimes added to break up what would otherwise be forbidden consonant clusters. e seems to be the most common, but a is also seen:

In other cases, consonants at the morpheme boundary are elided instead:

The basic syllable structure appears to be CVC, where either consonant may be omitted (subject to constraints on vowel and consonant combinations).

Belter does not appear to allow diphthongs or vowels in hiatus. So far, there are no attested examples of vowel sounds being directly adjacent without an intervening consonant.

By default, the primary stress falls on the penultimate syllable of a word:

If the stress for a particular word is on a different syllable, this is indicated with an accent mark:[13]

When forming compound words, the stress often remains on the head of the compound, which sometimes requires the addition of an accent mark:

Like any language, lang Belta has regional variations between speakers, depending on where they come from in the solar system and what their linguistic background is. What is spoken on the TV show is primarily the Ceres dialect of the language.[14]

Though not part of the language per se, spoken Belter language is accompanied by several physical idioms, which originally developed due to the need to be able to communicate while wearing space suits. Some examples: 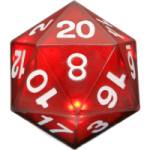 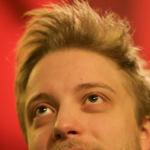