Destruction of the Hasami

Widespread destruction of large areas on Earth, millions of casualties and death of UN official government

The Bombardment of Earth was a plan by Belter extremist and leader of the Free Navy, Marco Inaros to bombard Earth with asteroids coated in Martian stealth materials, making them invisible to UNN warship censors and traditional asteroid spotters. They were artificially slung at the planet. After the third asteroid hit Earth, The Free Navy officially claimed responsibility for the attacks and presented its demands to the UN and MCR, subsequently triggering the Free Navy conflict as a result. The bombardment is considered to be the worst terrorist attack in human history.[2]

Over a period of time, Marco Inaros had iron-nickel core asteroids collected and covered in stealth technology to make them invisible to conventional sensors. Multiple coated asteroids were then launched directly at Earth by artificially accelerating them with Marco Inaros' personal ship.

One asteroid, Rock #9, approached the Sol star (the Sun) too closely and was subsequently ripped apart by its gravitational pull. As a small asteroid field, it was spotted by the UNS Hasami, which at time was orbiting Venus, moved in to investigate. A Free Navy ship, however, saw them move in close and fired upon then boarded the science vessel. With the data core removed, backups removed, and crew executed, the Free Navy strike team under Filip Inaros withdrew when a barrage of missiles destroyed the Hasami.

An image obtained by the United Nations from on board the Hasami before its destruction spotted the drive cone of the attacking ship, but could only make a 53% drive cone match meaning they could not definitively confirm whether it was one of Inaros' ships.

On Luna, Chrisjen Avasarala and Felix Delgado attempted to warn the Secretary-General of the United Nations Nancy Gao of the potential danger of Belter stealth asteroids headed for Earth after having speculated on the nature of the Hasami's destruction and other evidence, but were repeatedly rebuked.

On Luna, Avasarala finally received more concrete evidence of Marco Inaros' plan to attack Earth from Klaes Ashford's final recording upon attempting to kill Inaros. This had been sent to Fred Johnson from Camina Drummer before being forwarded to Chrisjen. It was, however, too late as the first asteroid was already entering Earth's atmosphere completely undetected by planetary defenses.

Falling onto West Africa, the asteroid made impact 10 kilometers off the western coast of Dakar in the North African Cooperative Trade Zone, completely obliterating the area in the process. The subsequent tsunami travelled across the Atlantic Ocean and breached critical points of New York City's flood barriers, flooding the capital city in the process.

A second impact then occurred in mainland North America about 40 kilometers northwest of Philadelphia in the North American Free Trade Zone. By this point, it was understood by the UN that Earth was under attack and the news of the impacts had reached most parts of the Solar system. The Secretary-General of the United Nations along with her principal government and military officials were already evacuated to her personal shuttle, UN One which was in flight within the atmosphere above the Gulf of Bengal and escorted by fighter aircraft. Subsequent emergency aid and relief efforts were organized from cities, namely Pittsburgh, Syracuse and Fort Wayne, around the North American impact zone.

The seismic effects and shockwave of the second impact were profound, leveling above-ground buildings and heavily damaging underground facilities hundreds of kilometers away from the impact zone, for example by destroying the The Pit UN maximum security prison at Chesapeake Bay.

Onboard UN One over South Asia, Nancy Gao was contacted by Chrisjen Avasarala on Luna who advised her to connect the Sentinel asteroid spotters to the stealth-penetrating sensors of the UN's Watchtower spy satellites to search for further asteroids that were launched by Marco Inaros and potentially headed for Earth. This persuasion was successful; however, immediately after all aboard UN One bore witness to the third asteroid impact near the shuttle's location in the Gulf of Bengal, around 800 kilometers south of present-day Bangladesh. The shuttle attempted to fly away, but was impacted by the shockwave, tearing its right wing off and tossing the shuttle into an uncontrollable dive. All aboard were killed.

The majority of the senior government was aboard the shuttle and it became unclear who was in charge following the line of succession.

With the Sentinel satellites linked to the Watchtowers now looking for stealth coated asteroids, a fourth one was spotted headed for the west coast of North America in Earth's proximity. Planetary defenses targeted the asteroid and subsequently multiple UNN railgun platforms fractured it upon firing, followed by eight torpedoes launched from a UNN warship in orbit, vaporizing its remnant fragments. Two other asteroids were spotted afterwards and met the same fate.

According to Karal on board the Pella, the seventh and eighth asteroids missed Earth. Their current location is unknown.

With the United Nations still unaware of any remaining threats to Earth, it ordered the UNN Saturn fleet and UNN Jupiter fleet to redeploy and return to Earth. These fleets moved back to defend the human homeworld and were additionally tasked with assaulting any Free Navy forces they encountered along the way.

The asteroid impacts were immensely destructive, obliterating the impact zones and causing profound seismic effects and tsunamis on a near global scale. Buildings were levelled hundreds of kilometers away from the impact zones, and enormous masses of ash and debris were ejected into orbit or the upper atmosphere. The dust and ejecta then proceeded to block out more and more of Sun's light, gradually cooling down the planet.

The three huge impacts threw vast amounts of material up into the atmosphere. These sent soot travelling all around the world. It didn't completely block out the Sun, but it reduced the amount of light that reached the Earth's surface. It had a large impact on plant growth. When looking at what she assumed was Luna, through the clouds and soot in the atmosphere, Clarissa Mao was informed that what she was looking at was actually the Sun.

The low light levels affected plant growth and would cause further deaths due to low food levels and resources. Near Baltimore, Clarissa and Amos discovered bodies of nine elderly people hidden under a tarp with the presumption that they had been killed.

The Bombardment of Earth is considered to be the most devastating and deadly terrorist attack in human history, with millions of people presumed dead and the biosphere and infrastructure of Earth severely crippled; hundreds of thousands of people alone are presumed to have died instantaneously with the impacts, mainly due to Earth's high population density and sensitive flood barrier infrastructures.

Efforts by the UN were made to coordinate relief efforts to the immediate areas and evacuate masses of civilians to Luna. The new provisional government under acting Secretary-General David Paster was also temporarily relocated to Lovell City, Luna. Order and law effectively broke down in major urban centers.

Deep underground in the Chesapeake Maximum Security Correctional Center, Amos was visiting Clarissa Mao when the second asteroid hit in North America. They survived the impact along with three guards and another inmate, Konecheck. Together they were able to escape up an elevator shaft. During the escape the other inmate attacked the guards and Amos threw him down the shaft, killing him. Amos then convinced the surviving guard, Rona, to leave and find her daughter.

Amos and Clarissa traveled avoiding official aid stations as Clarissa would have been identified as an escaped convict. Learning the location of a survivalist who killed trespassers, Amos approached him, claiming to have a water processor to trade with. When the survivalist was then about to kill him, Clarissa activated her implants and killed the man. Collapsing, Amos got her indoors to the heat to recover. In the building, they found bikes, clothing and food.

They then traveled to Baltimore and met with Erich, convincing him to travel with his people to Winnipesaukee Island, where millionaires maintained summer residences to find a lunar-capable shuttle. They found an estate with a nonfunctioning shuttle, the Reveta Bowers, while Erich, Clarissa, and Amos made repairs on due to its reactor being malfunctioning, whilst their people held guard. When local staff in the area approached Clarissa, they offered them space on the shuttle to leave Earth. However, later when several men claiming to be Pinkwater Security guards of the island approached and demanded their food, Amos immediately knew they were taking advantage of the situation to manipulate and extort all the local stranded survivors. After Amos declined them, the men left, but would later return with reinforcements and armaments.

Amos successfully repaired the Reveta Bowers when the estate was attacked by the armed men; several of Erich's people were killed as they retreated into the shuttle hangar, pursued and fired upon the entire way. Once the last person was onboard, they fired the engines, taking off and incinerating their attackers beneath them. They then successfully reached LEO and continued to Lovell City, Luna. 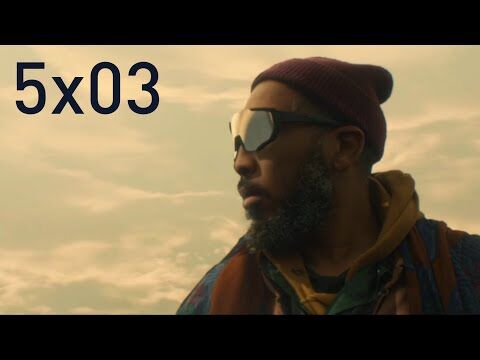 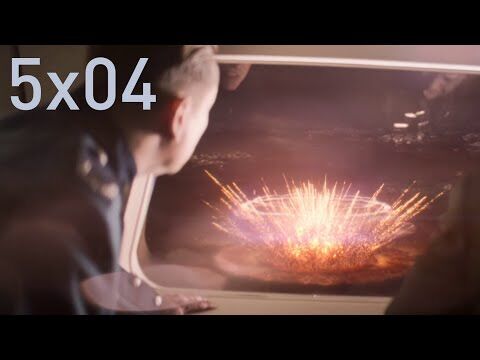 Retrieved from "https://expanse.fandom.com/wiki/Bombardment_of_Earth_(TV)?oldid=73110"
Community content is available under CC-BY-SA unless otherwise noted.