The Expanse Wiki
Register
Don't have an account?
Sign In
Advertisement
in: Locations, Stations, Sol system,
and 3 more

View source
watch 01:55
Cobra Kai Season 4 - The Loop
Do you like this video?
Play Sound

4th - 5th
(along with the Asteroid Belt)

≈ 940 km (originally;
before mining its ice-mantle)

United Nations (former; presumed after Ceres Offensive which was primarily a UN mission)

Laconian Empire
(currently)
Ceres (designated 1 Ceres) is the largest known asteroid and the only dwarf planet in the inner Solar System, and the first asteroid discovered by humanity. It lies in the Asteroid Belt.

Ceres is the site of Ceres Station, a space station that was one of the first sites of human colonization in the Outer Planets. Half a generation after humanity arrived there, Tycho Manufacturing managed to spin up the asteroid, which gave it a gravity of 0.3 g. The station has tens of thousands of kilometers of tunnels.

As the most important port in the Belt, the station has a population of approximately six million permanent residents with an extra one million transiting through at any given time. 800 to 1,000 ships are docked on Ceres every day.

Ceres Station was initially governed by the United Nations (UN) as a protectorate, and station security was handled by the Earth private security firm Star Helix Security.

The gravity on Ceres is not provided by its own mass but by its artificial spin gravity. The level of gravity changes with each level and there is a noticeable Coriolis effect in the lower levels of the station.

Transportation is provided by an extensive tube train network underground.

After the Eros incident, governorship of the station was granted to the Outer Planets Alliance (OPA).

Certainly a misnomer, the Battle of Ceres Station was a well planned evacuation by the Free Navy of Marco Inaros. Expecting a large defensive standoff and assault, the UN Navy, Martian Navy, and OPA loyalists burned towards Ceres hard, only to find the station abandoned and there for the taking. The route from Ceres had caught the Consolidated Fleet so off guard, their automatic instinct was that it was a trap. With no armed resistance, and a home security taskforce eager to surrender, the battle for Ceres Station never actually happened. James Holden and the crew of the Rocinante were present and equally taken aback by Inaros's choice to abandon the station.

Shortly before or during the continuous Bombardment of Earth by the Free Navy, Ceres Station has come under Free Navy control either voluntarily or by force. Marco Inaros proclaimed Ceres to be the future capital of an independent Belter nation.[1]

With the redeployment of the UNN and MCRN fleets imminent following the capture of the Azure Dragon, the Free Navy stripped Ceres Station bare of life support systems and resources, abandoning it and leaving the civilian population without any supplies and water and air reserves for another three weeks.

A joint EMC fleet of the UN and MCR burned towards Ceres hard, only to find the station abandoned and there for the taking, demanding its immediate and unconditional surrender. Troops of the UNMC and MMC boarded and occupied the Ceres docks without any armed resistance, and, recognizing the impending humanitarian catastrophe on the station, UN Secretary-General Chrisjen Avasarala organized a supply mission of Ceres with military resources and essential goods. Multiple timed hidden explosives left by the Free Navy disrupted the mission however, as the Ceres docks were heavily damaged, water tanks and supplies destroyed. 976 Ceres civilians, and a number of UNMC and MMC troops were killed in the process.[2] 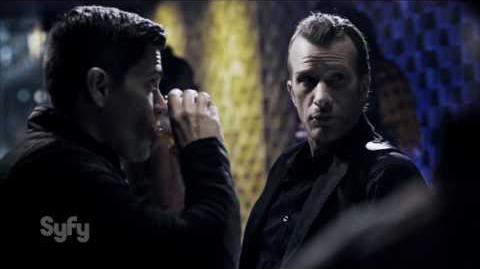 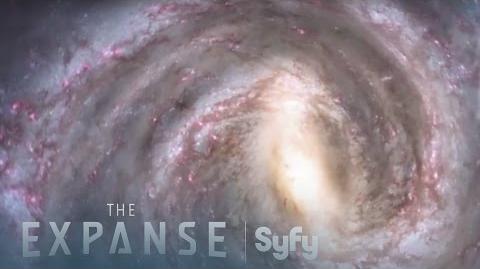 THE EXPANSE NASA Behind the Science - Ceres As Is 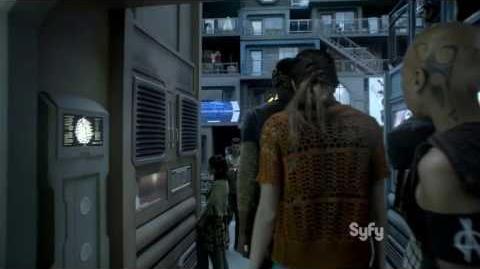 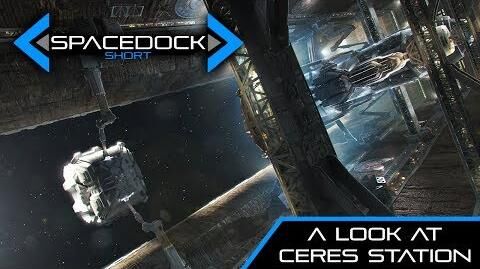 The Expanse A Look at Ceres Station - Spacedock Short