Start a Wiki
watch 01:24
The Loop (TV)
Do you like this video?
This article is a stub. You can help The Expanse Wiki by expanding it.

Captain Chandra Lucas is a high ranking officer in the Martian Congressional Republic Navy who was assigned to the MCRN Askia and later the MCRN Xuesen during the Slow Zone Incident.

Lucas was originally the Commanding Officer aboard the MCRN Askia. However, during the Slow Zone Incident she relocated to take command of the MCRN Xuesen, changing into a uniform with the new ship's logo on it.

She is implied to be one of the highest ranking members of the Martian Congressional Republic Navy who survived the Slow Zone Incident, and thus is responsible for coordinating with her UN counterpart Commander Kunis and OPA Captain Klaes Ashford in moving injured military personnel to the OPAS Behemoth for treatment in the ship's artificial gravity.

She oversaw the transport of James Holden to the Behemoth under the guard of a Martian Marine Corps Force Recon squad led by G.Sgt. Bobbie Draper, and for the sake of diplomacy ordered them to abide by Klaes Ashford's rules and surrender their weapons and Goliath Powered Armor whilst aboard the ship. 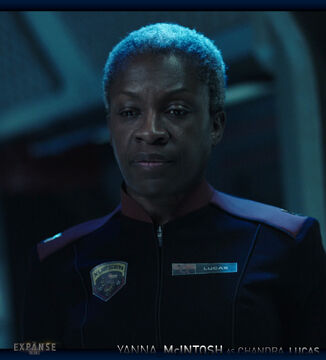 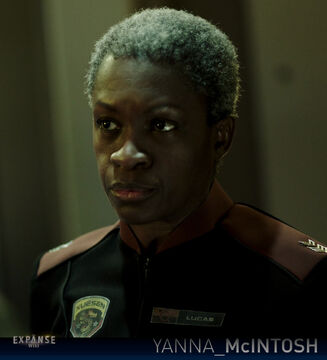 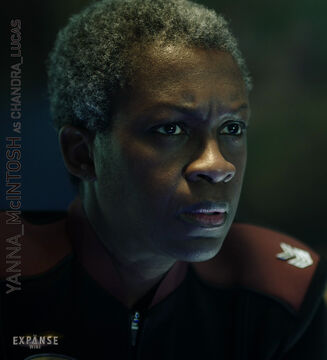 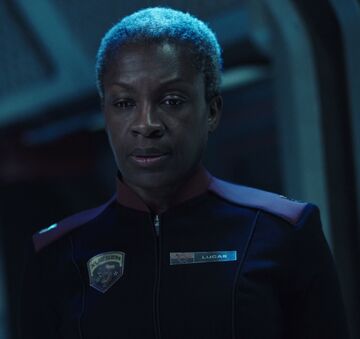 Retrieved from "https://expanse.fandom.com/wiki/Chandra_Lucas?oldid=39951"
Community content is available under CC-BY-SA unless otherwise noted.