Heikki Sabong is a Belter who Deputy Undersecretary Avasarala tortures when he is found to be in possession of stealth technology paint.

Stealth technology is unique and its properties make possession of it suspicious and contraband. It is officially classified as a restricted technology. A Belter, presumably working with a faction of the OPA, who transports it presumptively implies that a covert terrorist plot is in progress.

Avasarala, knowing the full Earth gravity will be torture on an off world denizen, uses it unsuccessfully as a coercive device to extract information. The man denies affiliation with affiliation with OPA.

The Secretary-General, through Undersecretary Errinwright, commands that they must use the "tank" if they're going to interrogate the prisoner, in accordance with human rights agreements. Avasarala transfers the prisoner to Luna. In an act of defiance, during the transport, the Belter Heikki commits suicide by rejecting his high acceleration injection. 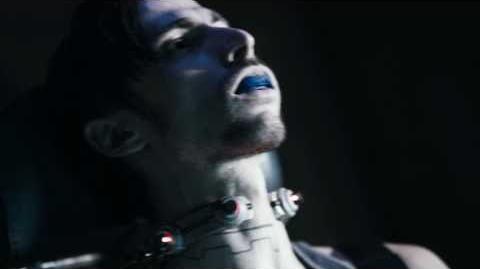 Heikki S-Heikki S. - The Belter's Defiance
Others have noted that the spoken name seems to be "Sabong" 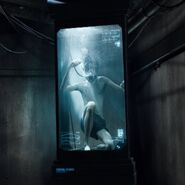 Retrieved from "https://expanse.fandom.com/wiki/Heikki_Sabong?oldid=50719"
Community content is available under CC-BY-SA unless otherwise noted.