"Home" is the fifth episode of the second season of The Expanse. Overall, it is the fifteenth episode. It aired on February 22, 2017.

The Rocinante chases the asteroid Eros as it hurtles toward Earth as the UN considers how to destroy it.

Miller and the Rocinante crew are both trying to grapple with the fact that Eros moved to evade the Nauvoo. But there's little time to marvel: powered by the protomolecule, Eros is heating up and moving fast.

Back at the UN, everybody's going crazy with the reports that Eros is on the move. Avasarala tries to cool down any notions that Mars is behind it. Matters get even more tense when they find out that Eros is on a collision course with Earth.

Seeing that he still has this malfunctioning nuke on his hands, Naomi devises a wonderfully terrible plan: Miller can crawl into the bowels of Eros, plant the bomb, and hopefully destroy the protomolecule.

Errinwright wants to order a massive missile attack to take out Eros before it reaches Earth. Meanwhile, Avasarala wants to make sure Mars doesn't take the missile launch as an act of aggression.

Miller climbs up into the bowels of Eros station. He has a close call with re-setting the nuke timer, and then he starts hearing voices. He's also starting to see pieces of the protomolecule floating all around.

As both Fred Johnson and the Rocinante crew look on with worry, the United Nations launches their massive missile strike towards Eros. But as the missiles make their way across space, Eros suddenly disappears from RADAR. Chaos descends again.

The UN is worried, but Fred sends them a message: Eros is off RADAR, but the Rocinante still has visual on it. It's still there. They can guide the missiles to it, but the UN must give Fred the controls for the missiles. Avasarala advocates for Fred and wants to communicate with the Rocinante crew.

Holden relays a message back to the UN, asking Avasarala to trust him with this mission. The request works: Avasarala vouches for Holden to the Security Council.

On Eros, Miller is getting closer to the center, and the protomolecule is all around him. With a ticking clock now on them, Naomi tells Miller he better fasten his pace.

As the missiles and the Rocinante start to give chase, Eros starts accelerating again. The Roci can't afford to lose a visual, so Alex increases the acceleration to match Eros. He warns the crew that if they keep increasing the G-force, they're all going to end up unconscious. Holden gives the order: full speed ahead.

Everyone on Earth is evacuating the planet. Avasarala gets on the phone with her husband, and they fight through the comm delays to say what might be their last goodbyes to each other.

On Eros, Miller starts to make out the voices he's hearing. It's Julie Mao. As her "catch me if you can" echoes in his ears, he comms to Naomi that he thinks Julie's consciousness is still alive in the ship. He deduces that when the protomolecule infected her, she infected it back. He thinks that Julie is the one steering the ship right now.

Miller wants Alex to brake and stop chasing Eros. Eros will find a way to evade the missiles regardless. Miller thinks he can get Julie to stop Eros herself. Alex assents and taps the brakes. As Eros speeds away, Fred agrees to trust what Holden is doing and sends the Earth missiles out into space.

Miller makes it to the Blue Falcon Hotel, where Julie was first infected with the protomolecule. There he finds Julie - or rather her consciousness inside a body made of protomolecule. He wakes her up and makes a proper introduction.

Miller tries to convince Julie to steer the ship off someplace safe. Julie doesn't think she can control it. Miller tells her she's not alone, places her hand on the nuke, and takes off his helmet. He kisses her, and they wait in each others arms.

Avasarala on Earth, Fred Johnson on Tycho, the crew aboard the Rocinante - everyone looks on as Eros guides itself into a collision with Venus. With Miller and Julie Mao aboard, the asteroid station explodes upon impact with the planet, killing them both. 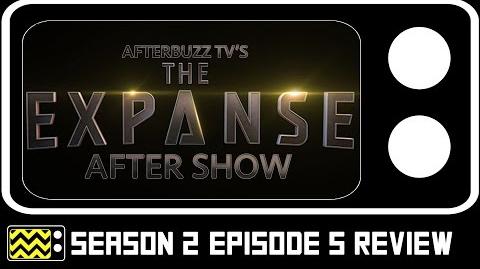 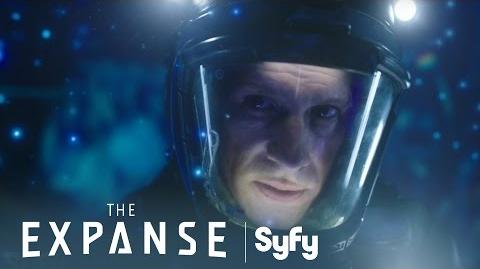 THE EXPANSE Inside the Expanse Season 2, Episode 5 Syfy 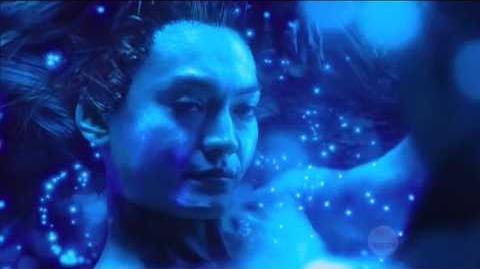