"IFF" is the second episode of the third season of The Expanse. Overall, it is the twenty-fifth episode. It aired on April 18, 2018.

The Rocinante[2] answers an unexpected distress signal; Bobbie and Avasarala find themselves being hunted by a mysterious captor; UN Secretary-General Sorrento-Gillis brings in a colleague from his past to lend an ear during this crucial time of war.[3]

Amidst protests on Earth, Anna Volovodov is escorted into the UN Building. Anna, Methodist Preacher, has been invited into Sec. Gen. Esteban Sorrento-Gillis’s inner circle to help write speeches for him. It is shown that Anna and Esteban have an open candor which is why she has been invited. Anna, who despite having grievances with Esteban, agrees to join his staff in exchange for a year of financial backing for her undocumented resident free clinic. Anna contacts her wife, Nono, to share with her the unpleasant situation she is in and reveal the rage for Esteban which she struggles to release. Anna sends love to her wife and their daughter through hugs and kisses to a pillow serving as stand-in. In open conversation between Esteban, Anna, and Errinwright, Anna warns them against the war crimes of collective punishment which Errinwright disputes.

Returning to Bobbie and Avasarala who left just left Guanshiyin aboard the Razorback find themselves in a situation where must evade then escape the pursuing UN ship which destroyed the Guanshiyin. At first, they are undetected and remain in radio blackout to avoid detection but soon enough they are target-locked and fired upon. Immediately, they are in a race with the UN ship to remain ahead of the UN ship’s kill range. To remain ahead the Razorback accelerates at a high-g, bringing Avasarala close to a stroke.

On the Contorta[2], Naomi discusses the modifying the drive parameters to burn the reaction mass they have left in a more efficient way, for the new trip to Io. Amos and Prax convince Holden that a plant-based air recycling system would be consumable materials conserving measure. Soon though, Alex receives an IFF distress signal from the fleeing Razorback being transmitted by Bobbie's suit. Alex and Naomi want to rescue Bobbie, while Amos and Holden was to continue onto Io. Holden gives the tie-breaking vote to Prax.

Soon the pursuing UN ship passes the theoretical kill range and fires its missiles. In a surprising defensive move the Contorta[2] fires missiles counter/destroy the missiles tracking the Razorback. It soon becomes a battle of attrition with the Contorta[2] heavily outmatched. In the meantime, during some high-g maneuvers, the latch on a storage locker which should have been tightened securely by Prax becomes unhinged releasing a set of tools to wreak havoc in the Contorta’s[2] machine shop causing Prax’s own air hose to be dislocated from the Contorta's[2] air supply when a flying tool hits the hose at the base connection point. Amos, takes a great risk, amid high-g maneuvers, shuffling across the shifting Contorta[2] reconnecting the hose and saving Prax.

In the last scene in this sequence of events, the Razorback and the Contorta[2] connect by a docking bridge. Bobbie carries a stiff and motionless, or possibly stroked out, Avasarala to the Contorta[2] and implores the stunned rescuers to help the deputy undersecretary.

On Io, Mei is awoken and placed in another local care facility and receives medicine from a new nurse. Later, Jules-Pierre Mao arrives at the Io facility. Under pressure from Errinwright, Jules suggest destroying the whole project stating the hybrids can't be controlled. Dr. Strickland insists his next generation of hybrid, using children suffering from a lack of a immune system, known as Myers-Skelton Premature Immunosenescence, will be controllable. Jules then suggests the program should continue under this pretense. After receiving a mysterious medicine from the nurse, Mei recognizes Katoa Merton. Katoa is shown to be infected with the protomolecule with a blue glowing arm but not showing some of the greater side affects of the protomolecule at the moment.

The Roci gets ready for a fight[edit | edit source] 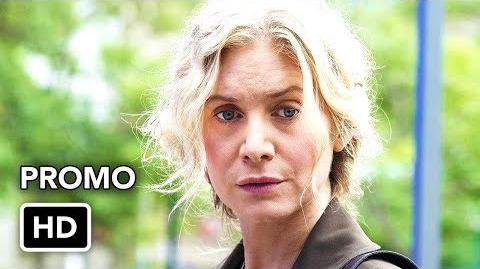 Retrieved from "https://expanse.fandom.com/wiki/IFF?oldid=69939"
Community content is available under CC-BY-SA unless otherwise noted.