The Io Campaign (aka Battle of Io) is a campaign that took place over Io after Fleet Admiral Nguyễn onboard the UNN Agatha King fired upon the UNN Jimenez, destroying the smaller vessel.

Having taken command of the Agatha King and having relieved Admiral Souther, Fleet Admiral Nguyễn sent the flagship to the moon of Io to collect protomolecule-based weapons from a Protogen base on the surface. In total, seventy four ships from both sides combined were advancing on the Jovian Moon by Captain Kirino's count. Upon reaching Io, Nguyễn compelled Jules-Pierre Mao, on the moon's surface, to transfer the command codes of surface-launched protomolecule hybrid pods to the Agatha King.

Upon receiving confirmed information that Admiral Nguyễn was a part of a plot to use protomolecule-based weaponry in line with Protogen and therefore committing treason, at this time, the MCRN Hammurabi had gotten within range of the Agatha King yet had not engaged leading to dismay from Nguyễn regarding their intentions. Souther however, realized the Martians were not interested in starting a battle but wanted to know what the UNN flagship was up to and had been the ones to pass on the message of Errinwright's treason. Souther confronts Nguyễn on the bridge and arrests him on grounds of treason declaring to the UNN fleet that he had assumed control. Before being taken into custody, however, Nguyễn drew his sidearm and shot Souther dead in the middle of the ship's Combat Information Center. Nguyễn declared to the fleet that he had suppressed a mutiny and ordered all ships to move back into the A.O. and prepare to engage the incoming MCRN fleet. However, two ships failed to acknowledge Nguyễn. In response, Nguyễn took personal control of the weapons panel and fired a missile at the Jimenez destroying the small vessel. Instead of confirming his command, this led to several UNN ships returning fire on the Agatha King and multiple UNN ships firing upon each other.

Seeing what was happening, the captain of the MCRN Hammurabi ordered her ship and the MCRN fleet not to engage and offered ceasefire terms to all UNN ships willing to listen.

In response to the offer of a ceasefire, Nguyễn activated all the protomolecule hybrid pods and fired them directly at Mars in an attempt to cleanse the population. All UNN and MCRN ships fired upon these pods except for the Agatha King which was hit by a damaged one causing a protomolecule infection of the dreadnought.

Crew members of the Rocinante boarded the Agatha King in an attempt to deactivate the pods and managed to turn on the pods' beacons making them visible. However, before they were able to destroy most of them, Cotyar Ghazi managed to force the ship's core to overload and destroy the vessel preventing the infection from spreading. The hybrid pods were destroyed before reaching Mars by the Fred Johnson faction of the Outer Planets Alliance whom used several first strike nuclear missiles (previously commandeered from the United Nations during the Eros incident) to destroy them all. The Outer Planets Alliance leader sought to use this to assert the Outer Planets as a credible power within the system.

With this engagement, the UN-MCR war effectively ended with the high-level treason within the United Nations being exposed. 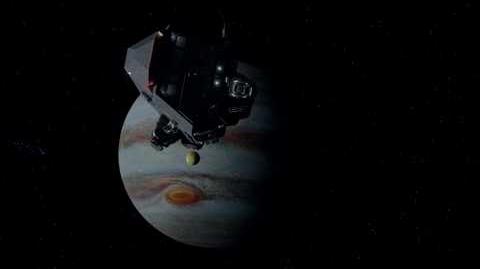 The Expanse The Triple Point Battle (1 3) 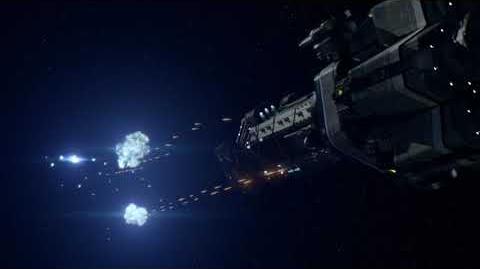 The Expanse The Triple Point Battle (2 3) 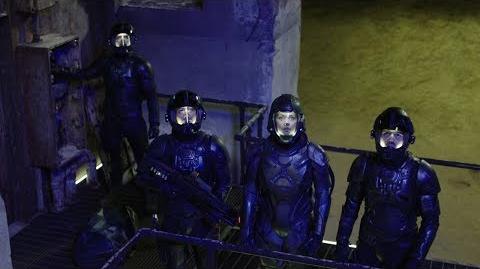 The Expanse The Triple Point Battle (3 3)

Retrieved from "https://expanse.fandom.com/wiki/Io_Campaign_(TV)?oldid=71179"
Community content is available under CC-BY-SA unless otherwise noted.