Start a Wiki
watch 01:52
The Loop (TV)
Do you like this video?
This article is a stub. You can help The Expanse Wiki by expanding it.

James Binkley is an actor and stunt performer with credits dating back to 1990 including a performance in 2010's RED. He appears as a shopkeeper defending his business in Ceres' Medina District during a protest. Later, he appears as a UNN lieutenant infected by protomolecule. 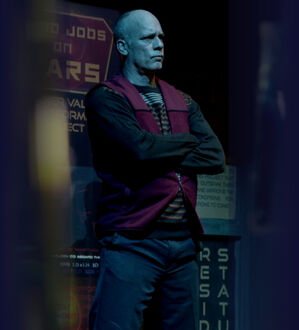 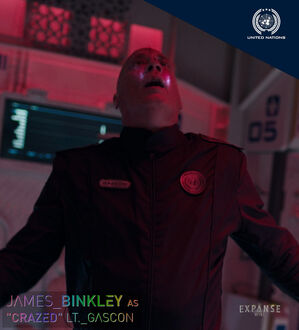 Retrieved from "https://expanse.fandom.com/wiki/James_Binkley?oldid=41292"
Community content is available under CC-BY-SA unless otherwise noted.