James S. A. Corey is the author of The Expanse series. It is a pen name for a collaboration between Daniel Abraham and Ty Franck.

Although the authors have stated that they edit each other's chapters several times, Franck is the main writer on the chapters with Holden, Amos, Bobbie, and Anna as viewpoint characters, and Abraham writes Miller, Melba, Avasarala, Bull, Prax, Naomi, and Alex.[1][2]

Abraham has described Corey as "kind of a 1970s science fiction writer who's sort of crusty and cranky. The kind of guy who's drunk in the back of the bar at Worldcon."[3] 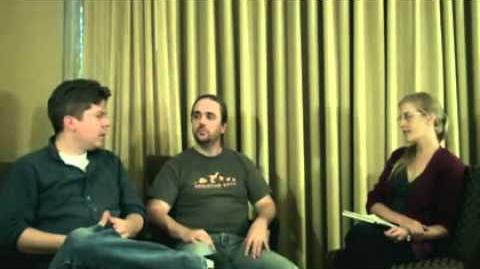 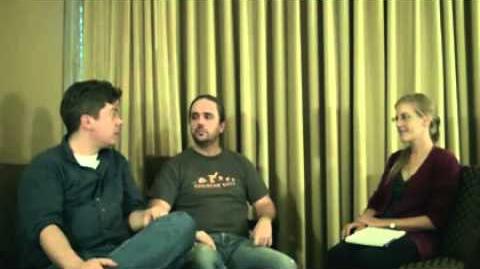 Retrieved from "https://expanse.fandom.com/wiki/James_S._A._Corey?oldid=73966"
Community content is available under CC-BY-SA unless otherwise noted.