View source
watch 01:55
Cobra Kai Season 4 - The Loop
Do you like this video?
Play Sound

The Outer Planets Alliance (OPA) is a loosely affiliated network borrowing or associating under a core common ideology that started its life as a labor union or advocacy group, fighting for the interests of inhabitants of the Belt, often in direct conflict with the inner planets' Earth-Mars Coalition Navy. Its logo is a split circle and distinct factions have cells based at every station in the Belt including two major sites Tycho Station and Ceres Station.

The OPA is described as either a sociopolitical movement, according to people sympathizing with Belters, or a terrorist network, according to the inner planets. Because of its decentralized structure and the range of activities by groups claiming affiliation, both descriptions have more than a little basis in fact. The statement that it's decentralized negates the assertion that it has a headquarters.

While the OPA consists of various cells and associated movements, such as the student group Far Horizons Foundation, by the time Leviathan Wakes takes place, Fred Johnson has attempted to organize those he holds influence with into a provisional government and retain the chief administrative position.

When Earth withdrew from Ceres, the Outer Planets Alliance announced the inclusion of Ceres among official OPA-held real estate.

A group of about one hundred soldiers under the command of Fred Johnson, with the help of the crew of the Rocinante and Miller, are able to take over Thoth Station, the managing station for the Eros Project.

Later, in an attempt to give Miller more time to convince the protomolecule-infected Julie Mao to drive Eros into Venus, Jim Holden has Fred reroute the UN nuclear missiles headed for Eros, and then store them after the crises is over.

After the events of the Eros incident, Fred Johnson, representing the OPA gave a speech at the peace conference on Ceres.Fred Johnson converts the Nauvoo generation ship into the Behemoth as the OPA's battleship and sends it into the flotilla to join the investigation of the ring.Taking advantage of the growing frustration among the Belter population and using his access to the military resources he barters with Winston Duarte to retain, Marco Inaros is able to influence many powerful OPA faction leaders to join him in the Free Navy. As the war continues, those leaders become disillusioned by his constantly changing promises.After the events of Babylon's Ashes and leading into Persepolis Rising, the OPA evolved and gave way for the Transport Union as part of the settlement of affairs following the war; however, when the Laconian Imperial Navy came to take control, the various factions re-emerged especially the most violent ones. Many of the varied OPA factions managed to unite under Saba's leadership in order to escape Medina.

Although recognized by the general populace and media of Earth and Mars as a cohesive group, the OPA contains many groups and factions, all on varying points on the political spectrum.

Fred Johnson represents the largest faction, achieving a form of legitimate recognition by the United Nations and the Martian Republic.

Marco Inaros represent the Free Navy, a faction favoring Belt independence from interference and taxation by Earth and Mars.

The OPA Navy was an attempt by the Tycho Station OPA and Anderson Dawes' OPA as the most legitimate factions of the OPA to create a navy. Before a navy was established the independently owned gunship Rocinante was hired for anti-piracy missions[8]. Ships operated as a part of this navy are given the lettering OPAS before the ship name (Outer Planets Alliance Ship).

The Navy began with the commandeering of the adrift generation ship Nauvoo and converting it into the battleship Behemoth. After the Slow zone incident, the Behemoth was converted into Medina station[9].

Tycho station despite being a civilian shipyard was used to build several gunships for use as a part of the OPA Navy. Three of these ships were under construction shortly before the Free Navy Conflict and were described as large, bulky, and functional as well as shaped like a sledgehammer[10]. These ships would be the first in a custom-built OPA Naval fleet that would form an armed defensive force.

At the beinging of the Free Navy Conflict these Tycho built ships were still being constructed leading to the Corvette-class frigate Rocinante being hired by Fred Johnson for the conflict. During this time an official OPA crew served onboard alongside the main crew of the Roci. 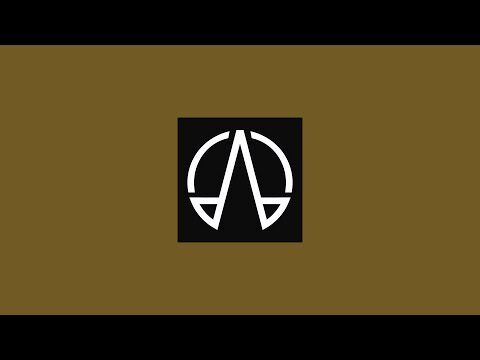