The Razorback (also known as the Screaming Firehawk)[1] is a Transplanetary Racing pinnace[2] used by Julie Mao Books • TV and owned by her father, Jules-Pierre Mao Books • TV.

"She is a long and sleek ship with an engine housing twice as large as that of a normal ship its size." As a ship's boat, the Razorback would have a length of 20-30 meters. It has engines that have been optimized for racing and likely has minimal mass and thus minimal equipment in order to maximize speed and maneuverability.

The Razorback is a modified Series 6 Sunflare model produced by Proserpina Starworks. Its spaceframe is extremely sleek and compact, presenting a trio of long panels used to extend the ship’s aft reaction control clusters as far from the center of mass as possible, thereby allowing for incredibly rapid turns and course corrections. The ship is propelled by a supercharged Destrier-4 high-velocity Epstein Drive, extensively tuned to improve acceleration, and constantly maintained by multi-injection hyper-coolant units to prevent thermal overload. Extensive measures have been taken to reduce the weight of the ship’s hull and internal components to improve the overall thrust-to-mass ratio, allowing the ship to quickly reach extreme levels of acceleration limited only by the endurance of the human pilot.[3]

Due to small size, and in order to best deal with pilot stresses, the operations deck (cockpit) is horizontally oriented, and has two crash couches that are fixed into large multi-axis gimbals, and equipped with numerous medical systems to monitor and mitigate the effects of acceleration stress. Ship's monitor screens wrap around the crash couches and the bulkheads, filling the pilot’s whole visual field. The compartments behind the flight seats contain a head, food dispenser and a small bunk. The engineering deck is a sealed compartment, inaccessible from within the ship. It is accessible only to technicians while in dock. The ship has systems to recycle air and water, but not a food recycler.[4]

The pinnace can be operated by a single pilot when necessary, but generally carries an additional co-pilot to serve as the ship’s navigator and emergency technician.[3]

Renowned across the system as the record-setting Racing pinnace of the Mao-Kwikowski Mercantile Transplanetary Race Team, the ship was famously piloted to numerous racing wins by Julie Mao.

The most famous racing win the stunning first-place finish at the Parrish/Dorn 500K Circuit between Titan and Enceladus. The Circuit is built around a standard pinnace-racing format, with a number of marker beacons arranged around and between the Saturnian moons. Of the race’s forty competitors, the competition was quickly reduced to a tense struggle between Julie Mao’s Razorback and the Europa-based pinnace Mustang Sally. Ultimately the Razorback was able to overtake the Mustang at the final marker by adopting a lower orbit around Titan. Though the physical stress on Mao and her co-pilot was immense, the maneuver provided them with a far shorter orbital period, allowing them to tear into first place in the final moments, setting a new record for circuit completion time that is yet to be surpassed by any other racer.

While the Parrish/Dorn victory remains the Razorback’s most famous accomplishment, the ship has secured numerous wins at races across the system, setting impressive times through the Luna-Phobos Strait and Hyperion Cup. On one occasion the ship even had its Epstein drive temporarily removed to take part in the Jupiter-6 Slingshot Run, a manner of racing often disparaged by the professional racing community.

These achievements have earned the Razorback a place of honor in the history of transplanetary racing.[3]

After Julie left Earth and Luna for Ceres Station and joined the OPA, the Razorback remained there, docked at her father's space station in Earth's L1. Her parents threatened to sell the boat in an unsuccessful ploy to coerce Julie to return to them.

When Julie was assimilated into the protomolecule life-form on Eros during the Eros incident, the life-form experimented with the station's PA system, forming incoherent sentences thought to have been taken from the computer system's data banks. When it repeatedly shouted "You can't take the Razorback!", however, Miller realized that Julie's mind was at the center of the protomolecule hybrid life-form.

When Chrisjen Avasarala and Bobbie Draper were taken prisoner aboard the Guanshiyin, the yacht of Julie's father Jules-Pierre Mao, they found the Razorback in one of its shuttle bays and escaped in it. It takes them to meet the Rocinante. From there, Alex Kamal and Naomi Nagata use it go make the trip to and away from the Agatha King while the Rocinante proceeds to the surface of Io.

The Razorback ended up in UN hands. When Avasarala employed Bobbie again, the politician gave her the ship as a payment for favors. Bobbie and Alex Kamal used it to travel to the Hungaria group of asteroids to investigate for Holden.[5] After being attacked by Free Navy ships lying in ambush for the Martian Prime Minister, Alex, Bobbie, and the Prime Minister use the ship to escape his doomed convoy heading to Luna, with missiles flying in formation around them.[6]

Bobbie discovers the Razorback in the hangar of the Guanshiyin. She then boards the pinnace with Avasarala and flees the ship shortly before its destruction.[7]

The Razorback was then pursed by the Leonidas-class battleship Hammerlock until it was rescued by the Rocinante which knocked out the engines of the pursing ship sending it into an uncontrolled spin.

Razorback then docked with Rocinante and had its navigation linked to the Roci computer. Both ships then traveled together to Io. Alex Kamal and Naomi Nagata flew the Razorback to the Protomolecule infected UNN ship the Agatha King in an attempt to disarm the Hybrid missiles aimed at Mars. They failed in this but were able to turn on the missile's beacons on allowing them to be tracked.[8]

When the Agatha King had its reactor set to overload and explode Naomi and Alex boarded the Razorback and flew away before the battleship's destruction.[9]

Alex Kamal takes the Razorback to Mars to try to reconnect with his wife and son.[10]

After gathering intelligence on the sale of Martian weapons on the black market, Alex and Bobbie Draper plan to follow the MCRN Barkeith in the Razorback to see if they will transfer stolen weapons to the Belters.[11]

While traveling between Mars and the Belt, Alex and Bobbie rename the Razorback to the Screaming Firehawk.[12] 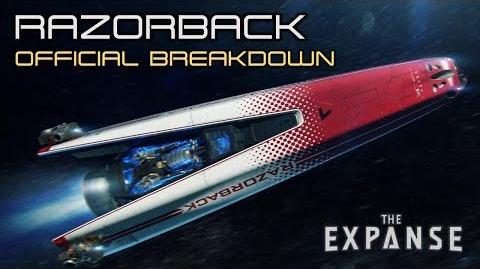 The Expanse The Razorback - Official Breakdown-0 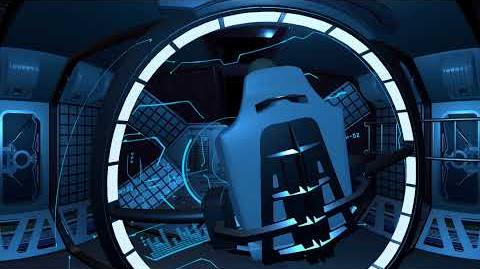 THE EXPANSE 360º Video Inside The Razorback (Concept) SAVEDTHEEXPANSE 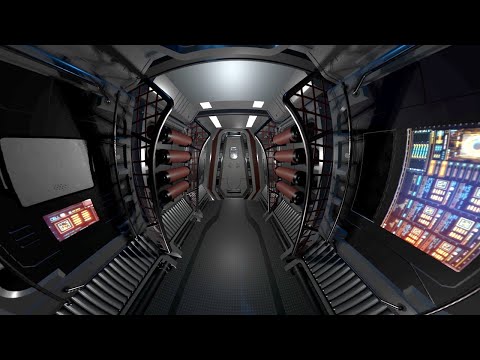 THE EXPANSE - 360º Video- The Razorback's Airlock