Edit
watch 01:54
Obi-Wan Finale - The Loop
Do you like this video?
Play Sound
This article is a stub. You can help The Expanse Wiki by expanding it.

After humanity broke free of the confines of its homeworld, Earth's dominant languages, among them Chinese and Japanese, began asserting their influence over their colonies' culture, spoken and written linguistic system.

Humanity managed to escape their homeworld and establish colonies throughout the Sol system, at first confined in the inner part. However, after the invention of the Epstein drive, mankind ventured past the Asteroid Belt and settled on the moons of Jupiter, Saturn, and Neptune.

The colonies were influenced by many major Earther cultures. Earth's languages grew new variations outside the bounds of their traditional home, including strong influences from prominent Asian cultures, like Chinese and Japanese. Although many more languages blended, those with a larger number of speakers asserted their firm influence over less common tongues.

Belter Creole (a.k.a. Lang Belta in the TV series) is the result of several donor languages having blended their vocabulary and grammatical properties into a single, unitary tongue. The process took several generations to achieve the threshold of a consensus discernibly distinct language, as Belter Creole was diverging from its donor languages.[citation needed]

Chinese greatly influenced the final language, especially in the more frequently used vocabulary, more so than Japanese. This is due in part to China's superpower position prior to the unification of Earth under the United Nations, while Japanese cultural influences, although still a major regional economical force, was diminishing with the economic rise of China. However, Chinese characters are rarely used among the Belt's populace, having standardized on Latin to transcribe phrases and words of Sino-Japanese origin.

One noteworthy example of Belter vocabulary originating from Chinese is "dui"  (对) used for an affirmative response interchangeably with the word "yes".[1]

Another example, "xie xie" (谢谢), is routinely used for showing gratitude and is largely the Belter equivalent of the English "thank you".[2] These words are routinely intermixed with words originating from other major tongues, such as Spanish, French, and German.

On Mars, Chinese characters are used when tradition is emphasized, a common practice in the MCRN, where ships names and mottos are written in Chinese. Iconographic uses are also common.

Sino-Japanese cultural influences can also be seen in the names of people, vessels, and organizations, such as Mao-Kwikowski Mercantile. Some words have homonyms in Japanese or Chinese adding some ambiguity to the meaning.

Belter language from books versus TV[]

The team of Daniel and Ty concocted a crude Belter language when they developed the books. They relied on readers' ability to look up definitions in order to understand meanings. It was composed of words from a plurality of donor languages directly intertwined among one another within sentences. When they went to produce the story for television, they decided that the language they had built wasn't suitable for the new medium, so Ty endorsed Nick Farmer to create a language that was distinct, while still maintaining the sense of pluri-ethnic origins, and one constructed with a greater degree of rigor than what had been used for the books. The authors of The Expanse recommend students focus on the TV/Farmer version of Belter Creole for any serious analysis. (This wikia reference initially covers only the Book incarnation of the language. The TV incarnation will be added in the future. Wherever possible, the particular incarnation being described will be denoted. For more information on the Book incarnation, see Belter Creole (Books). For more information on the TV incarnation, see Belter Creole.) 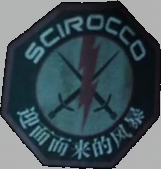