The Sojourner was a colony ship.

The Sojourner, a United Nations colony ship, transited to the Sol gate along with the Edward Israel[1] but was held at the Ring blockade for thirteen weeks waiting for permission to transit the Rings.[2] The ship was attacked by Belter pirates, who spaced the crew and colonists on a deliberate trajectory to strike the UNN and MCRN ships guarding the Sol gate, to send the message that the Belters do not forget the hundreds of years of abuse at the hands of the Inners.

Klaes Ashford was able to track the pirates down as being part of the Outer Planets Alliance faction of Marco Inaros.[3]

Inaros was later captured at 9 Metis by the Dos Arriagas OPA faction while selling the Sojourner's cargo. When questioned, he indicated he had cut up the Sojourner and sold the parts.[4]

The Sojourner, with a false transponder identifying it as Sinon, was used to attack Sentinel 19.[5] 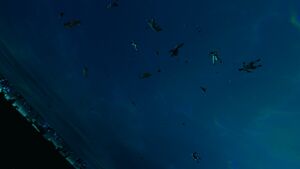 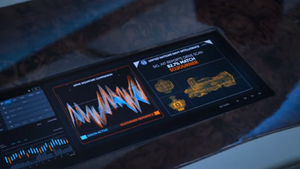