Cops and local Security personnel
The Distinguished Hyacinth Lounge is a bar on Ceres.

The decor is described as Pure Belter. Folding tables and chairs like those used on ships are set into the wall, even at odd angles, in case of an unexpected shift gravity as some speculated. Snake plant and devil's ivy are used for decoration.

It is located on an upper level, far away from port level. It is mostly frequented by cops and local security personnel. Miller used to hang out there in his days with Star Helix Security.[1]

The Hyacinth is a family business, founded by Javier Liu, presently the third generation. Javier is running the place from behind the bar. The fourth generation, his daughter Kate, is already working at the place too.

Josephus Miller frequented the bar often. He brought Dimitri Havelock to the lounge from the Blue Frog to help his partner out with his depression.[2]

He interrupted Octavia Muss in the bar while while she was with Cobb to ask about how to find Julie Mao.[3]. And while he was in the bar reviewing dock surveillance to identify the man who dock master reported Julie Mao had rejected, Neville Bosch, he was is interrupted by Anderson Dawes offering the location of Filat Kothari in exchange for abandoning search for Julie.[4] 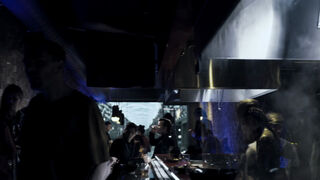 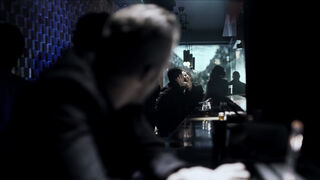 Retrieved from "https://expanse.fandom.com/wiki/The_Distinguished_Hyacinth_Lounge?oldid=61418"
Community content is available under CC-BY-SA unless otherwise noted.