Preparations for the Earth/Mars peace conference tighten the tension on Errinwright.

Bobbie, after being recovered from Ganymede in the aftermath of attack by the Protomolecule Hybrid, first recounts her story of the UN soldiers (blues) attacking, claiming Earth started the battle. Later, believing she saw something else but can't quite remember, agrees to go under Psychotropic Focus Recall treatment[cn] with electrodes attached. She then recounts the battle with greater detail. First, the UN soldiers were not attacking them but actually fleeing from the 7th person. Then, she recalls a drone over head during the battle recording the event. Lastly, she recalls the Protomolecule Hybrid was not in a Spacesuit at the time. Catching the account of this detail while overseeing remotely via monitors, Captain Martens terminates the interview.

At Tycho Station, Holden, Naomi, Fred Johnson, Anderson Dawes, and many representatives of various OPA factions meet to discuss politics. Fred hands over the political leadership position of the OPA to Anderson Dawes. Fred and Holden preach for peace with Earth and Mars, while Dawes takes a more aggressive push towards taking the fight back to Earth and Mars if they are at war, but he agrees with Fred that the stolen interplanetary nukes should be returned, to avoid further conflict.

Amos has a discussion with the Protogen scientist, Cortazar, about how he fears resembling a monster after scaring a mother and child.  Amos relates to the child. Cortázar offers to help Amos go through the same process he did to purge his emotions.

When Anderson Dawes enters the Rocinante to have a chat with Holden, there is a lot of talk about Fred Johnson's implied secret weapon, Cortazar and how his research could be used against Earth and Mars or Naomi's stashed protomolecule sample. Initially, Dawes doesn't actually know specifically about Cortazar or about the sample but is fishing for the details of some abstract weapon. Eventually, Dawes tracks down Diogo and learns what he needs to about the scientist.

Later, Holden appears restless and he could be headed toward executing Cortazar. Once in the prisoner's room, Holden finds it empty and accuses Fred Johnson of taking him elsewhere. It then comes to Holden and Fred Johnson that Anderson Dawes is attempting to escape with Cortazar off Tycho. After pursuing in the Rocinante and intercepting what they think is the getaway ship, Naomi and Alex find that the fleeing ship is actually only manned by Diogo. In the end, the young kid who once helped Miller capture the scientist has now created a diversion for whatever Dawes has planned with taking him away. 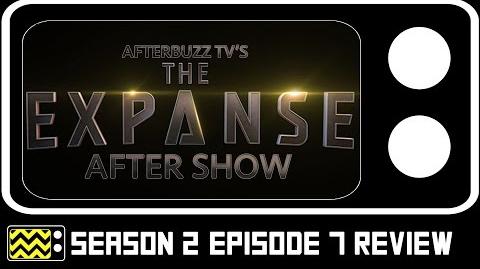 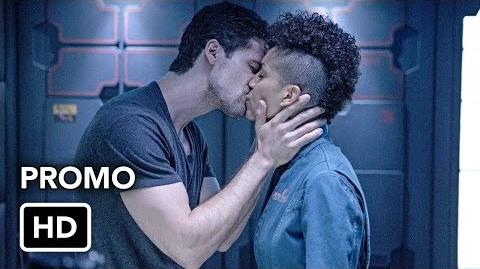 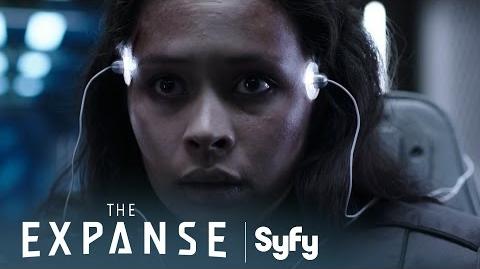 THE EXPANSE Inside the Expanse Season 2, Episode 7 Syfy
Add a photo to this gallery

Retrieved from "https://expanse.fandom.com/wiki/The_Seventh_Man?oldid=67400"
Community content is available under CC-BY-SA unless otherwise noted.